Among about 48 open problems (Conjectures) of mathematics in the area of Number Theory, the Perfect Odd Numbers Conjecture to be proven in this article. The method we used for the test was demonstration by reduction to absurdity. And we purposely modified the name of the problem for Imperfect Odd Number Conjecture, because we found it more consistent with the solution found. In addition we leave in annex a list of several open problems of mathematics.

The 21st century generation is full of technological innovations, which allow us to know practically the entire globe, and communicate “instantly” from anywhere on the planet.

Mathematics played a very important role in the construction as a whole of our present society. Its accuracy and accuracy of its results leaves no margin for error. But if you leave it still, it’s purposeful.

A science like this so rich and sovereign has a particularity, it does not allow ego or arrogance to have much space in the minds of its scholars, because as much as it can be respected, even admired, in our present times there are still mathematical problems that no one in history has ever been able to prove them yet.

Approximately 417 problems are unsolved in the most varied fields of mathematics. The reader interested in know them can check the reference (1). But we emphasize that some of them can never be demonstrated, although they are true, this is guaranteed by Gödel’s Incompleteness Theorems.

We used for both the method of demonstration by reduction to absurdity, the property of trichotomy and a result in the text we call property: (P), in addition to some algebraic manipulations.

At the end we leave, in ANNEX A, a very eclectic list of various mathematical conjectures.

In this part we give credit to the references that contributed significantly to the preparation of our article.

Which were the reference (2), because it provided us with the basis of mathematical logical reasoning so that we could find the final result of the work supported by logically coherent arguments. This reference also made us walk from the beginning to the end of the demonstration through the principles of Non-Contradiction and the Third Excluded that were our two “legs” until we reached our result.

It was also important to reference (3) because it provided a maturity through its exercises so that we could have a path of how to attack the problem under analysis in this article by the demonstration method by reduction to absurdity.

Finally, we leave the references (4), (5) and the list of problems in ANNEX A to the reader interested in learning more about the Conjecture of Perfect Odd Numbers, in addition to other conjectures of Number Theory and more problems of the various fields of mathematics.

The field of mathematics studies known as Number Theory has about 48 open problems. Among these is what we will call the Conjecture of the Imperfect Odd Number. However, this problem is better known as The Perfect Odd Numbers Conjecture. And it states that there is no perfect odd number. However, we modified the name of the conjecture purposely, because we found it more consistent with our result.

According to the portal www.matematica.br: “A number is said perfect if it is equal to the sum of its own dividers. A positive number N dividers themselves are all positive integer dividers of N except the N itself.” (6)

To this day, perfect even numbers are known. The mathematicians who studied this theme the most were Euclid, Euler and Descartes. In addition, it is also known a formula for all the perfect even numbers. It was first studied by Euclid and was later completed by Euler.

Summarized explanations of the above are found in several academic papers. But according to Jeane Barbosa Ferreira and Marcos Ferreira de Melo:

Euclid argues that if “q” is a prime number such as 2q-1 that is also prime, then the formula n = 2q-1(2q-1) generates perfect even numbers. Long after, Euler (1707-1783) proved that every perfect pair number is obtained by the above recipe, thus establishing the reciprocal of Euclid’s theorem. It is worth noting that the prime numbers of the form 2q-1 are known as Mersenne’s cousins. (7)

That’s why the perfect odd numbers conjecture exists. Since the analysis of the perfect even numbers is well advanced. The first mathematician who mentioned the conjecture of the Perfect Odd Numbers was Descartes. And until this article, no one had yet proven or refuted the claim.

Our article presents a proof of the Conjecture of Perfect Odd Numbers, and for this we use the definition of perfect number, a result shown in the text we call property (P), the property of trichotomy and some algebraic manipulations. All this in a logical construction based on the technique of demonstration by reduction to absurdity.

We leave below the utterance of the conjecture and its demonstration.

In addition, if there is any error in the evidence, we would like readers to go deeper into their studies in order to show and fix it. Every contribution is welcome.

Imperfect Odd Number Conjecture: There is no perfect odd number.

<2. However, as dn divides N we find the natural be

is a divisor of N inequality (III) provides us that

=d1⇒N=d1.dn is that  2<d1, so this means that all the divisors of are odd, because if there was any divisor of being even then 2=d1, which is absurd in our assumption. From here we have 4 (four) situations to analyze:

Let’s say the highest power of d1 that divides N is d1n. So we can rewrite all the dividers themselves of how:

Therefore, with this new writing, we have to add the dividers of N’s own is:

= di for some di, this would imply that dn=d2 . di⇒ N=d1 . d2 . di, but as d1 has no prime factors in common with no di we are obliged to accept d1 . d2 e d1 . di as new dividers of N, nonsense! Because all n dividers have already been listed, and the same by our 4th situation is not divisible by d1. That is,

it is even different from all di, but this, too, would generate another number that is not on the list of all the dividers of N, another nonsense!

Finally, let us suppose, absurdly, that there is a perfect odd number, say 2k+1. Now, let’s 1<I1<I2<I3<…<I2n  being all the 2k+1 dividers themselves. Note that I1,I2,I3,…,I2n are odd numbers and in an even amount of numbers, because the sum of an even amount of odd numbers is even and plus 1 results in an odd.

Therefore, there is no perfect odd natural number.

Our article presents a demonstration of the Conjecture of Perfect Odd Numbers, but the renaming of Imperfect Odd Conjecture due to is more consistent with our result. But mathematics has beyond this many other open problems. And the main goal of our work is to encourage readers to also try to solve more open problems in the area. Achieving with this the increase of researchers in the most varied fields of mathematics in our country.

In the most we expect suggestions for the improvement of our article, constructive criticisms, too. And that our article provides continuation for many other academic works.

4. Existence of Yang-Mills and mass range

5. Existence and smoothness of Navier-Stokes

20. Long arithmetic progressions of the rainbow

26. A zero point in a linear mapping

30. Are all Fermat numbers free of squares?

[1]Graduated and master in mathematics. 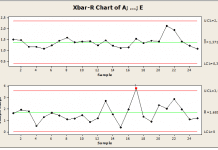 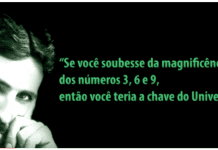 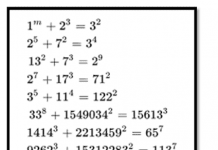 Demonstration of the Beal Conjecture

Games and their contribution to learning mathematics 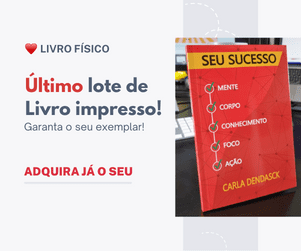