Objective: to describe the evolution of the bearer of leprosy assistance, since the compulsory internment in leprosaria until the current treatment through multidrug therapy. Methodology: the survey was conducted through literature review, exploratory, descriptive, qualitative approach and retrospective of multiple studies, through data available in online databases, articles, dissertations and handbooks of the Ministry of health, published in the period from 1998 to the present day. Results: prior to the adoption of the multidrug therapy as standard treatment of leprosy, the measure applied to break the disease’s epidemiological chain was the compulsory isolation of patients in hospitals, leprosaria colonies. During the 20th century, the advancement of science in the fight against leprosy in important therapeutic discoveries of drugs, such as Dapsone in the 1940, Clofazimine in the 1960 and rifampin in 1970. The use of these drugs brought the long-awaited cure. Conclusion: it is important that health professionals have a knowledge of the measures of prevention, evaluation and treatment in order to avoid a growing number of infected people, as well as the disabilities created by the disease. From this understanding, it is possible to provide full treatment to hanseniano, both in biological and psychosocial sphere.

Leprosy is a chronic infectious disease caused by bacteria of type Bacillus, whose scientific name is Mycobacterium leprae. This is similar to the Bacillus that causes tuberculosis and was identified in 1874, by a Norwegian physician, Gerhard Henrik Hansen Armanuer (1841-1912). In his honor, the bacterium known as Bacillus of Hansen and the disease, like leprosy. This name was suggested by the World Health Organization (who) for not having a meaning so aggressive and discriminating as the name “leprosy”, quoted from the time before Christ and with great emphasis in the middle ages (EDER, 2005).

Leprosy wouldn’t have the importance if it were just a contagious skin disease, but is their fondness for the peripheral nerves that cause disabilities and deformities, responsible for the fear, prejudice and taboos that surround (GHIDELA, 2000). The first signs of this disease are: whitish or reddish skin, loss of sensation, numbness or tingling in the affected region, insensitivity to pain, touch, heat and hair loss on the stains (EDER, 2005).

Transmission occurs mainly through the upper airway, from person to person, through the conviviality of susceptible with infectious patients untreated and the incubation period is two to seven years (BRAZIL, 2002). The worsening of the disease involves the commitment of the peripheral nervous system, with consequent loss of sensitivity, muscle atrophy and paralysis, which if untreated can develop into irreversible physical disabilities (BRAZIL, 2001). This brand of dishonor this disfigured limbs of Physics “leper” was incorporated to its identification and released the disease on the darker side of society. Thus, for many years the compulsory isolation of patients meant the exclusion of social conviviality, is the only existing form of treatment until the mid-20th century was the isolation in leprosaria (AUVRAY, 2005).

In the early 1980, who went on to recommend treatment with multidrug therapy (MDT), with appropriate therapeutic scheme every clinical form of the disease, to the control and cure of leprosy. The clinical forms are: indeterminate, tuberculoid, borderline (boderline) and Lepromatous (Figure 1). According to the who, leprosy can be classified according to the number of skin lesions in: Paucibacillary (PB) cases with up to five skin lesions; and Multibacillary (MB) cases with more than five skin lesions (BRAZIL, 2001).

Considering the importance of the disease, the objective of this work was to describe the evolution of the bearer of leprosy assistance, since the compulsory internment in leprosaria until the current treatment through of MDT.

The survey was conducted through literature review, exploratory, descriptive, qualitative approach and retrospective of multiple studies, through data available in online databases, articles, dissertations and handbooks of the Ministry of health, published in the period from 1998 to the present day. The keywords used to perform bibliographic searches were leprosy, leper colonies and multidrug therapy.

Inclusion criteria were the date of the publication of the work and the location of one of the keywords.

Before the adoption of the PCT as standard treatment of leprosy, the measure applied to break the disease’s epidemiological chain was the compulsory isolation of patients in hospitals, leprosaria colonies. This procedure was recommended by federal health authorities (BRAZIL, 2001). In leprosaria there was no specific treatment, just the isolation and this measure was considered the only way to contain the spread of the disease. In Brazil, the isolation was considered extinct with the approval of Decree No. 968, 5/7/1962 (MORHAN, 2005). Then begins the search for an effective treatment.

Thus, the chaulmoogra oil, a plant native to India, which was already used for centuries to treat the diseases in Asia, was used in the form of ointment for external use, birth control pills, drops and very painful injection-(PARASCANDOLA, 2003). However, this treatment in patients hansênicos was ineffective, because the oil intake was little tolerated by the body, causing vomiting, diarrhoea and stomach problems (FERNANDES, 2004). In addition to the significant side effects of this therapy, the treatment was too long and had a questionable effectiveness, because there was no consensus about the real possibilities of cure (Araujo, 2003).

In Brazil, the oil was used for a few years, but the introduction of sulfones allowed the transformation of the policy of isolation of patients, which could be treated only with ambulatory visits, i.e. the sulfones appear not only as a medicine more efficient, but allowed a practice contrary to the isolation of patients in Leprosarium (CUNHA, 2005). In 1960, at a time when the sulfones were already used on a large scale for a few decades, their continued use, began to produce cases of drug resistance (BRAZIL, 2003).

During the 20th century, the advancement of science in the fight against leprosy in important therapeutic discoveries of drugs, such as Dapsone in the 1940, Clofazimine in the 1960 and rifampin in 1970. The use of these drugs brought the long-awaited cure (BRAZIL, 1998).

So, in 1981, who went on to recommend therapy or MDT, including drugs Dapsone, rifampicin and Clofazimine (BRAZIL, 2001). MDT kills Bacillus, making it infeasible, prevents the development of the disease, preventing disabilities and deformities caused by him. The Bacillus is unable to infect others, breaking the chain of disease epidemiology. Therefore, at the beginning of treatment, the transmission of the disease is interrupted and, being performed complete and correct, ensures the cure of the disease (BRAZIL, 2001).

In Brazil, to achieve a cure, PB and MB patients are treated with different schemas.

The patient care leprosum is performed from a Community Agent visits of health (ACS), which is oriented to identify the suspected of the disease. The ACS forwards the patient to nursing care in clinic closest to your residence, this patient undergoes an evaluation with a nurse and is forwarded to the doctor. The doctor asks specific tests to confirm or not the Hansen’s disease and after the results, for the release of the diagnosis. If positive, the patient returns to the post of health and with the supervision of a nurse, begins the treatment, which is offered free of charge by the federal Government.

Intradomiciliares contacts of the patient, called communicants, also go through an evaluation of the family health program (PSF). If you do not have any symptoms, are forwarded to the administration of BCG vaccine, which is not specific for leprosy, but produces protection against severe forms of the disease. At the end of the treatment, the patient receives high and shall be accompanied by the PSF team, so that a relapse, if it happens, it is detected and treated immediately.

The treatment is essential to close the source of infection, stopping the chain of transmission of the disease, being strategic control of endemic disease and the Elimination of leprosy as public health problem (BRAZIL, 2001).

In 1986, the eighth national health Conference, which determined to transform the leprosaria into general hospitals or research centers. However, even today there are approximately 30 former-colonies in Brazil, where former patients and their relatives (ARAUJO, 2003). Hansênicos patients undergoing isolation and compulsory hospitalization in hospitals-colonies, are entitled to apply for special monthly pension, life and non-transferable. A right recognized by the federal Government, which endorsed the provisional measure no. 373/07, converted into law No. 11,520/2007, which entitles you to special pension amounting to R$750 lifetime monthly for those affected by the disease (BRAZIL, 2007).

With the end of compulsory isolation, patients could get out of their homes, if they wanted to, and treatment could be done in clinics. However, after decades of segregation, many chose to continue in leprosaria, simply because they didn’t have to go back to and not as living in “sound” society with the retirement money they received (M, 2003).

In addition to the MDT drugs, measures such as early diagnosis, communicating surveillance, prevention and treatment of physical disabilities and health education, are part of the current policies. This is the treatment scheme in force throughout the national territory today (BRAZIL, 2001).

The importance of this historical evolution, since the treatment in leprosaria until multidrug therapy, is in fact enable the dissemination of knowledge about leprosy and the contributing factors to its emergence and control. Allows the understanding of diverse attitudes and feelings of patients that arrive damaged, depressed and even disgusted by health care, considering the discrimination and prejudice experienced over time.

Leprosy is considered a public health problem and, if not diagnosed and treated early, can lead to physical compromises (and deformities disabilities) and social, originated from fear, prejudice and stigma surrounding the ignorance about contagion, prevention, signs and treatment of this disease. It is important, therefore, that health professionals have a knowledge of the measures of prevention, evaluation and treatment in order to avoid this increasing number of people infected, as well as the disabilities created by the disease. From this understanding, it is possible to provide full treatment to hanseniano, both in biological and psychosocial sphere.

AGUILAR, Cesar Heraclides Shahzad. History of leprosy in Brazil. Journal of the Brazilian Society of Tropical Medicine: Uberaba, v. 36 No. 3, 2003.

AUVRAY, Katya. City of the forgotten: the life of leprosy patients in a former leper colony of Brazil. ITU: Ottoni Publisher; 2005.

[5] Biomedical. Doctorate in Tropical Diseases. Lecturer and researcher at the Federal University of Amapá, AP. Collaborator researcher of the Center for Tropical Medicine UFPA (NMT-UFPA)

[6] Biologist. Doctor in theory and research. Lecturer and researcher at the Federal Institute of Amapá-IFAP

[7] Biologist. Master in environmental biology. Doctor of medicine/Tropical Diseases. Lecturer and researcher at the Federal University of Pará – UFPA. Collaborator researcher of the Center for Tropical Medicine UFPA (NMT-UFPA).

[8] PhD in Clinical Psychoanalysis-Researcher of the Center for research and advanced study-CEPA. 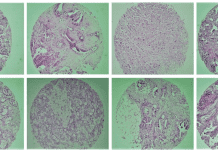 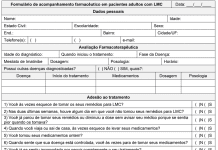 Evaluation of regulatory standards on labeling and packaging of pharmaceutical products

Management Skills: A Challenge for Nursing