Início Education Dyscalculia: The role of the teacher in the face of the difficulties...
PDF
[]
1
keyboard_arrow_leftPrevious
Nextkeyboard_arrow_right

There is no denying that mathematics is part of the daily life of society in general. Mathematics is everywhere, in the space in which people occupy, in the distance traveled, in all references of counts or comparisons made with society, that is, the conception about mathematics is initially acquired in childhood, and with the help of school knowledge can be improved. However, disturbances may occur in this period, called dyscalculia. In this scientific article dyscalculia is a study of bibliographic research. It is important to know that the knowledge of dyscalculia and its recognition as a learning disorder are the best ways to contribute, gradually improving the conviviality among students. The bibliographic review concludes that confidence and support about their capacity is what students with this type of disorder need to develop and achieve their goals at school and the teacher is a crucial part in this process.

The development of mathematics learning is not something recent, but that was already perceived by long dates. While it is important to learn mathematics, it is also necessary to understand that there are people who find it difficult to assimilate this discipline (FARREL, 2008).

When it comes to learning difficulties in mathematics, dyscalculia stands out, the term of origin of this word is Greek, (dis, evil) and Latin (calculae, count) which means evil contact. Dyscalculia is an obstacle to learning mathematics that directly relates to spatial introspection, time, poor memory, and etc .; RABBIT, 2008).

Therefore, these are the most varied reasons that guide dyscalculia and consequently interfere in learning not only of children, but also of young people and adults. And it is in this sense that scholars tend to explore more consistently the theme, so that the learning teaching process experiences new methods of combating this disorder (CARMO, 2013).

The discussion about dyscalculia gains greater relevance when the following question arises: can teachers trained in the mathematics discipline provide the necessary support for students with dyscalculia? Dyscalculia needs to be understood and understood so that teachers can work it in the school environment.

Thus, with the theme about dyscalculia, it remains to achieve the main objective that translates into understanding the role of the teacher in the face of the difficulties of the students for mathematical reasoning.

During this study, the research was bibliographic, where, first, some detailed analyses were performed on some authors were raised, emphasizing both the history of mathematics and dyscalculia, concepts and diagnoses as well as highlighting the role of the teacher.

This is a study with data collection performed from secondary sources, through a bibliographic survey, having descriptive and retrospective characteristics. In addition, the same was developed through the careful selection of 15 articles, which were read in the integration and used for theoretical basis and discussion of the results of the present study. At the end 08 articles for the basis of this work.

The research was carried out according to the characteristics of the integrative review studies in the literature. In this sense, the six stages indicated for the organization of this research were adopted: 1) selection of the research question; 2) definition of research objectives; 3) representation of the selected studies 4) critical analysis of the findings found; and 5) interpretation of the results (SOUZA; SILVA; CARVALHO, 2010).

Thus, during the bibliographic study, we tried to select the material similar to the theme addressed, that is, paying attention to the inclusion criteria, which consist of articles published and available in full that addressed the theme investigated. Exclusion criteria were theses, dissertations and books.

The results and discussion were divided according to the characteristics of the studies, into four structuring axes: dyscalculia; causes of dyscalculia; identifying dyscalculia and the role of the teacher in relation to dyscalculia.

Usually, children and anyone else who has this disorder present signs such as difficulty with tablets, numerical orders, positioning of numbers on sheet of paper, difficulty adding, subtracting, multiplying and dividing beyond difficulty in memorizing calculations and formulas, distinguishing mathematical symbols and understanding the terms used (CARMO, 2013).

Dyscalculia is a condition that affects the ability to acquire mathematical skills. (…) Even if they produce the correct answer or use the correct method, they do it mechanically and without confidence (FARRELL, 2008, p. 73).

Certain difficulties still existing in people with dyscalculia is also characterized in dyslexic people, this difficulty relates with difficulty in reading, writing and spelling, because people with this type of special educational need has difficulty explaining the utterance of exercises and mathematical concepts (GARCIA, 1998).

It is important to emphasize that dyscalculia can already be perceived from preschool, when the child tends to have difficulties in understanding the terms already used, as equal, different, but only after the introduction of more particular symbols and concepts is that the problem if defined and then yes can already be diagnosed (MELLO, 2011).

According to Garcia (1998), dyscalculia is diagnosed especially in children, and can be identified by the amount of distinct errors observed in the understanding of numbers, counting capacity, computational skills and in the solution of Verbal problems, they can be is evolutionary, can be diagnosed in adults, and is specifically associated with the learning difficulties of mathematics.

However, in order to reach a more accurate diagnosis regarding this disorder it is necessary to be made by a multidisciplinary team, that is, Neurologist, Psychopedagogue, Speech Therapist, Psychologist, in order to make a correct referral. The participation of the family much less of the school should not be ignored, because it is fundamental in recognizing the signs of this difficulty and in the specificities of each one (MELLO, 2011).

There is no way to point out only a cause that can identify or justify learning difficulties in mathematical language, which can be caused by the lack of ability to solve a mathematical determination or even by the difficulty in elaborating a simple calculation (BERNARDI; STOBÄUS, 2011).

"Studies indicate that dyscalculia can be caused by several elements covering areas of study, such as Neurology, Linguistics, Psychological, Genetics and Pedagogical" (GARCIA, 1998, p. 56).

Since childhood, if well observed, some children may be identified with dyscalculia. The first steps is to observe extreme slowness in the student's work speed. It is important to be very attentive at this time, because it is very likely that the student or child will not be able to present the necessary mechanisms to solve the simple problems such as decorated taboos, decorated sequences among others (VIEIRA, 2004).

Thus, one should observe any manifested disorders, and there are three steps to be able to identify dyscalculia,

– Intensity that that characteristic manifests itself;

However, there are still other points that are also of fundamental importance so that the student who has dyscalculia can be identified:

– Problems with spatial orientation: does not know how to position the numbers of an operation on the sheet of paper, spends a lot of space or makes tight beads in a corner of the sheet;

– Does not automate information – working memory, store and search for what has been taught;

– Long-term memory difficulty (forget what it is to do lesson);

– Difficulty dealing with a large amount of information at once;

– Tendency to transcribe numbers and signals wrongwhen developing an exercise as an expression, for example. This is due to its sequence problem (CARMO, 2013, p. 3).

THE ROLE OF THE TEACHER IN FRONT OF DYSCALCULIA

It is in the classroom that the teacher interacts with children, investigates and can detect difficulties of these children in performing proposed activities. It stands out here, activities related to the teaching of mathematics, in order to be the theme addressed for this study (BERNARDI; STOBÄUS, 2011).

According to Mello (2011, p.138) the teacher collaborates with the child's learning, not performing the activity for him, but performing together with him, thus the teacher prepares the child to perform another task without his interference, now she does alone , since learning promotes overcoming challenges and difficulties are minimized within the process of building knowledge.

In the teaching of mathematics many symbols and calculations need to be known and used. Several difficulties are perceived among children when they begin this trajectory in search of learning. Thus, there is a need to observe more systemic these difficulties in order to seek means of intervention and improvement in the process (VIEIRA, 2004).

Dyscalculia has been one of the perceived causes among children who present difficulties in learning mathematics.

According to the authors, Bernardi and Stobäus (2011, p. 50) dyscalculia is "a structural disorder of the maturation of mathematical abilities, without manifesting, however, a disorder in other generalized mental functions". In this sense it becomes a need for its diagnosis so that this child's problems are not expanded to other areas.

Also about what dyscalculia means, Vieira (2004, p. 111), says that means, "etymologically, alteration of the capacity of calculation and, in a broader sense, the observable changes in the management of the numbers: mental calculus, reading the numbers and writing of the numbers" Certainly this difficulty in learning mathematics brings this child other problems in his daily life, since mathematical language and its use are part of what is experienced outside the school space.

The child does not learn mathematics, cannot do calculations, does not accompany the other students in the classroom they can enter a depressive situation or frustration that will reflect in the other disciplines necessary for their development of school training ( BERNARDI; STOBÄUS, 2011).

Professional practice needs to be effected in a committed and responsibly manner. Therefore, the teacher must know his student so that he can elaborate activities and use techniques according to the internal and external reality of the same, favoring his development and learning. The teacher needs to analyze his practice constantly, also to monitor and guide the student verifying whether the activities and methodology are contributing to the achievement of the proposed objectives (BERNARDI; STOBÄUS, 2011).

The difficulties in teaching and learning mathematics point to a constant need for study and reflection between teachers and students in different schools. This is because, low-production indices of knowledge can be seen in the results of evaluations carried out at national and municipal level in different locations in Brazil.

Learning mathematics has not always been easy for some children, especially for those who have cognitive problems that hinder the development of activities involving calculations. Many of these children are diagnosed with dyscalculia.

It is believed that the only way that leads the student to develop is the construction of a teaching-learning process, because it is the beginning of the construction of an efficient education. And the teacher remains one of the main figures in this process, where he can identify the reality of each student, as well as his need.

The bibliographic review concludes that confidence and support about their capacity is what students with this type of disorder need to develop and achieve their goals at school and the teacher is a crucial part in this process. 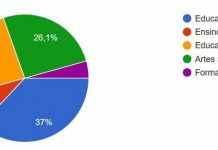 Education by art: Self-education in Preschool and the 1st Cycle of Basic Education

Assistive technology in the educational field for deaf students

The importance of creativity: case study on Different approaches to story-telling...

The history of education and scientific research in Brazil

Benefits and Method of teaching of Futsal in the elementary school:...